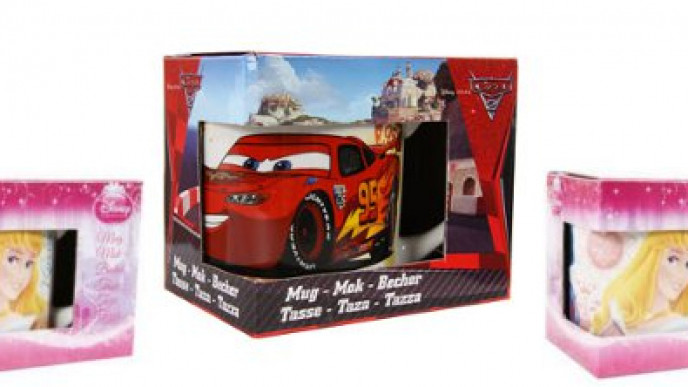 Seventy nine pence is a ridiculous price for either a Disney Princess or Cars 2 Lightening McQueen mug - but 79 pence they are and are up for grabs at Home Bargains.

Both the Disney Princess and Lightening McQueen mugs are currently in stock - there was a Mickey Mouse one, but he's out of stock now so I'd hurry up and bag one of the other two if you want one.

There comes a time when your child should move on from plastic mugs to 'grown up' ones but, oh boy, can that be an expensive learning curve for a while, unless you keep your eye out for cheap mug deals like this one.

You can buy a few and stash the others away to replace broken ones along the way - this can, and will, save rivers of tears when your child is feeling utterly bereft because their favourite Disney Princess or Lightening McQueen mug has just smashed on the kitchen floor.

Now, if you have a Home Bargains near you then off you go and collect your Disney Princess and/or Lightening McQueen mug for free in-store.  If you don't have one close by, or know anyone who does, then a small delivery charge will apply - it won't be much though, 50 pence if your order is considered to be a small parcel.