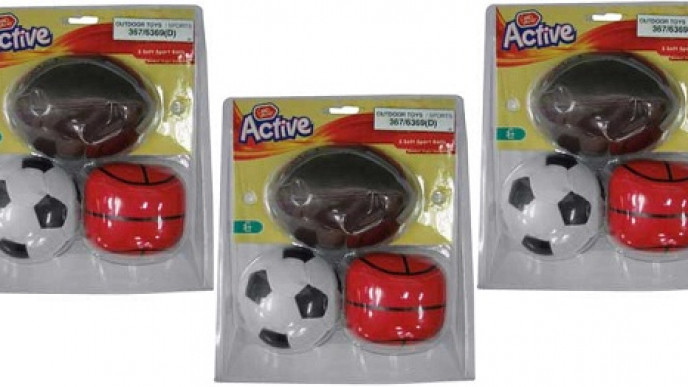 This Chad Valley soft soccer, basketball and rugby ball set has been reduced by Argos from £2.99 to 99p. Click and reserve to collect instore for free to make it the most worthwhile, or buy it as part of a larger order.

I don't know why but I find myself musing on the name of this set. Presumably Chad Valley is a US company - the name certainly sounds American. So I can understand why they might call it a soccer ball on that basis. But, there's also a Rugby ball in there. Now if they were doing the American naming thing wouldn't they have called it a Football, or maybe an American Football? As they use pretty much the same sort of ball for the game they play - which we also know as Gridiron.

So if they're going to call that a rugby ball why not call the soccer ball a football? No one is going to get confused over that in this country. And interestingly, I'm looking on the packaging on the site and it doesn't seem to have any name on it. So Argos could have called this Football, Basketball and Rugby Ball Soft Set? Or am I over thinking this? Possibly this is all too much for so early on a Sunday morning. My brain hurts.