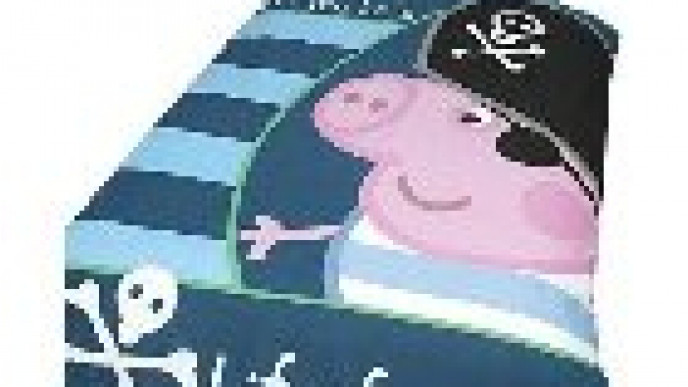 We’ve had the adorable Hello Kitty deal from Argosand now it’s the boys' turn! Here we have the "Arr!" pirate duvet set from the popular Peppa Pig series at a mere £6.65.

This piratetastic single duvet cover with matching pillowcase has been marked down from £17.75 to a mere £6.65 and that includes free delivery! Woo! This is such a bargain you can snap it up as a present or just as another set for those days when you haven’t quite caught up with the laundry.

Pirates also seem to be all the rage this year. My daughter came home from nursery last week brandishing a cutlass and an eyepatch. The latter was adorable until she walked into the table. So I’ve been putting up with being held for ransom and made to walk the plank for a couple of weeks now, she gave me a heart attack yelling “Arrr!” and jumping on me at 6am this morning.

So I think I’ll be investing in one of these for her too. Why not? It’s not like you can have too many duvet sets and these are certainly a stupendous price for a branded product.