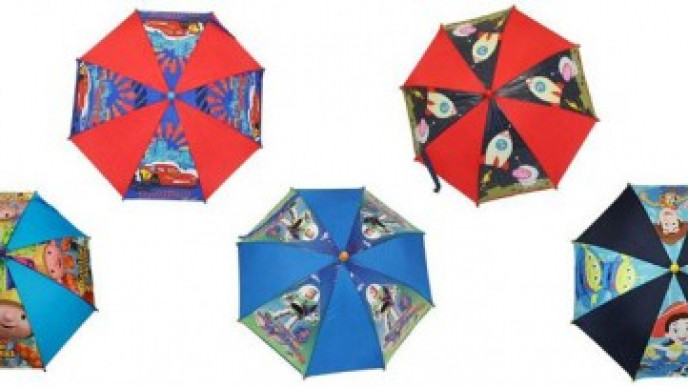 It feels a little bit like tempting fate to be writing an umbrella deal when it's gorgeously sunny and already 20C  outside, but I'm going to do it anyway: Play are selling kids character umbrellas for £3.99 instead of £8.99.

I suppose the kids could use their character brollies to keep the sun off their heads, think kids character 'parasol' instead of umbrella and hopefully the sunshine will stick around for a bit longer than two days.

There are LOADS of different characters for your child to choose from:

Now there HAS to be a kids character umbrella there for everyone, surely.

I remember loving have my own umbrella, it meant I actually stayed dry instead of being under one with my mum but as she was so much taller than me when I was five it offered no shelter from the rain SUN at all.