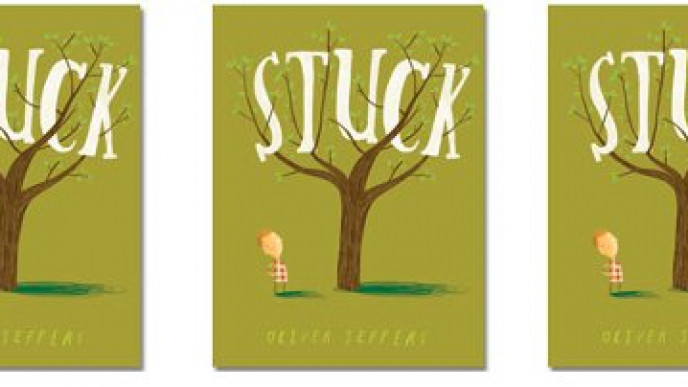 I love discovering new books and this is just one of those occasions - I've not come across Stuck, by Oliver Jeffers, before and it looks GREAT.

It tells the story of a little boy, Floyd, whose kite gets stuck in a tree.  He throws his shoe into the tree in a bid to knock his kite down, but his shoe gets stuck too!

So Floyd throws his other shoe in the tree, which just gets stuck along with the kite and his first thrown shoe, as does the ladder, the lorry and even a whale.

Stuck is described as a stunning picture book that's hilarious to read out loud, it's suitable for ages three and over although I'm sure younger children will adore listening to the tale of Floyd and his stuck kite.

I wish I had a free delivery code for you, although the cost of single item delivery is only £1.95.