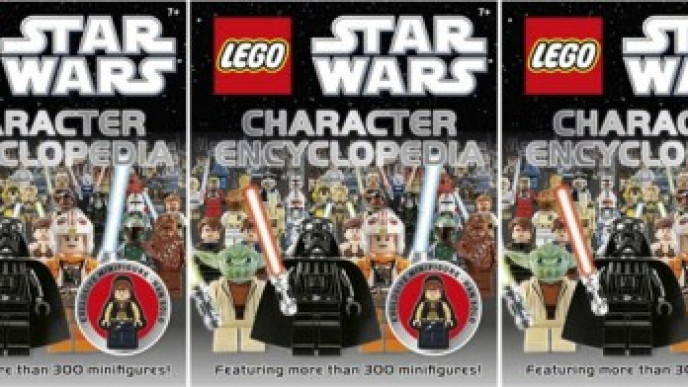 The last time I wrote about this LEGO Star Wars Character Encyclopedia (back in September) it was just under £10, now you can grab a copy for just £5; bargain!

I'm rather glad I waited now as it's almost half as cheap again and a definite bargain having been reduced down to £5 from its original £14.99 - if I buy the LEGO Star Wars Character Encyclopedia this time then it will be the earliest I've ever bought a Christmas present!

It features more than 300 minifigures and over 400 images.  The minifigures are organised in order of their appearance in the movies, each LEGO Star Wars minifigure has a full-page character profile with lots of fascinating facts - I can hear Bear now, "Did you KNOW...?"

The Lego Star Wars Character Encyclopedia also features an exclusive Han Solo minifigure, receiving a medal in the scene from 'A New Hope'.

There's no delivery to pay if you choose the SuperSaver option or you can pay a bit more and have it delivered faster, but in my experience the SSD has always been pretty quick anyway.