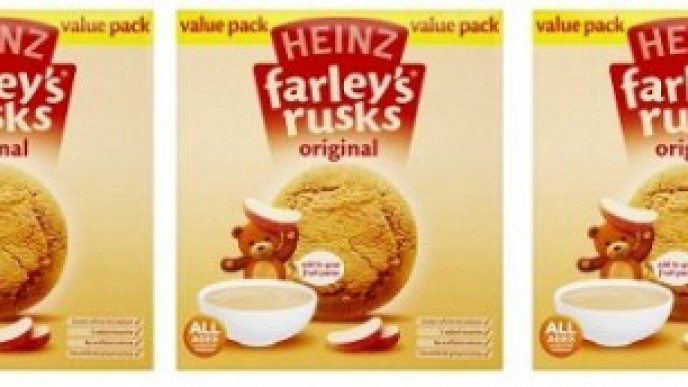 Tesco has reduced its Farleys Rusks 4 Month Original packs of 18 from £1.66 to £1. These were a huge favourite in my house. Not with my son though. He never liked them. My husband on the other hand couldn't get enough of them!

The offer is valid online, and should also be found instore. According to the website, Farley's Rusks contain seven vitamins and minerals like vitamin D and calcium. It suggests crumbling biscuits to use as a weaning food, and serving them up with yoghurt and fruit puree. Actually that sounds really yummy for grownups too.

I developed a secret addiction to pureed fruit when son was a baby. For physical reasons (a tongue tie that wasn't severe enough for surgery but still restrictive) he found purees easier to eat. That's not for everyone. I know that my PlayPennies teammate Luschka goes with Baby Led Weaning for example.

My son started cutting his first tooth at around 15 months. I did try him with rusks at first, but it is funny what they like and don't like. He was quite happy with them until I gave him some Organix Animal Biscuits. Have you ever tried these? They're sweetened with grape juice instead of sugar and you can get them in pound shops for £1 a box too. They were an instant hit with my son and they're still his favourite at the age of six! He calls them Scooby snacks.