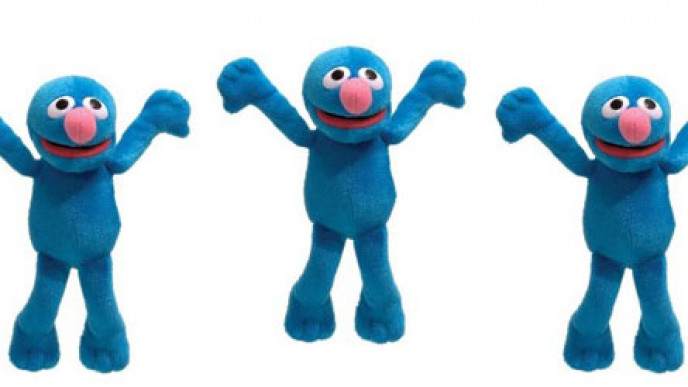 Grover is one of those Seasame Street characters who you recognise (sort of) but you're not really sure why.  For me, at least, he has no memorable role unlike the Count, for example, and his, "ONE! Ah-ah-ahhh....TWO! Ah-ah-ahhhh!" (that's going to be in my head for the rest of the day now) or Big Bird, Oscar the Grouch living in his trash can or the Cookie Monster (my favourite).

However, he is very cute and this Sesame Street mini Grover Magnitude has magnets in his hands enabling him to just 'hang around' on metal objects.

Now I'm not quite sure why you'd want him hanging around on your fridge door, or radiators, (I can't think of any other metal objects in the house you'd stick him on!) but I'm still rather drawn to him - I suppose you could say there's something magnetic about him!

All the usual Amazon delivery options are available to you and they do say that stock is limited, so if you want a Sesame Street mini Grover then hurry up and order him.