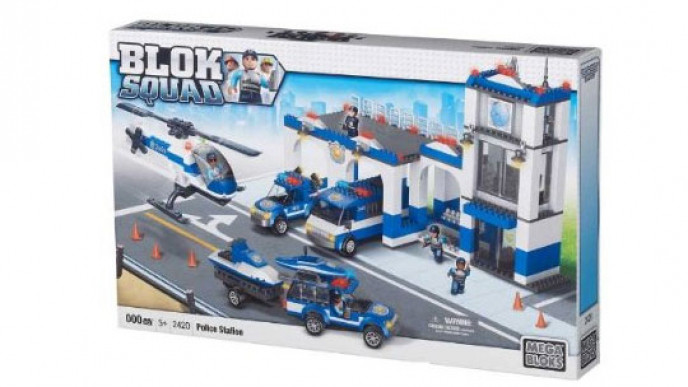 If you have a young wannabe crime fighter in your family then pop over to Amazon and take a look at this Mega Bloks Blok Squad Police Station and Jail - they're selling it for £23.35 rather than its full price of £59.99.

Cops and robbers will, I think, always be a popular roles for kids to play out - if you're feeling self-righteous, you can be a rozzer for the day; not feeling quite so law-abiding? Then it's definitely a robbers day.

There are lots of building elements to this Mega Bloks Blok Squad Police Station and Jail set: