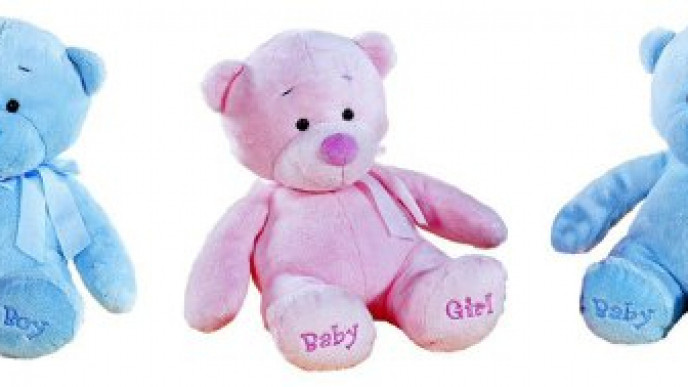 Play are letting this Bonnie Baby Boy bear or Bonnie Baby Girl bear go for £3.99 rather than £7.99.

It's funny what can make you soften in an instant.  This morning hasn't been the most carefree for me - errant teenagers have featured rather heavily and weekend plans have been changed as a result.

So it's rather amusing (in my warped brain, at least) that I'm sitting here feeling all warm and fuzzy now, rather than irritated, by the sight of these two Bonnie Bears that you'd give to someone who's just embarked on the parenthood journey.

These little bears are properly CUTE and perhaps I should buy myself one of each, to remind me of how all the teenagers in my family were lovely at one stage, rather than being obnoxious and/or hormonal.

There's no delivery to pay either, so it's just £3.99 for a Bonnie Bear Boy or Bonnie Bear Girl; hurrah!

Thanks to Arriaga at HUKD