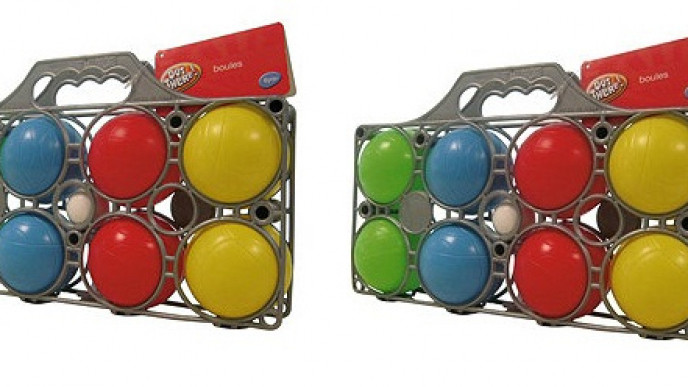 The sun is going to shine. The rain is going to stop. It just is OK! If we all collectively believe in the summer enough it will happen. And to that end, it is a great idea to stock up on outdoor toys now. Like this Tesco Boules set, from Tesco Direct. It is now only £1.91, instead of £4.30, and delivery is free if you can collect instore. Best of all, you can use it indoors too.

Introduce your little ones to the traditionally French game of boules. This fun game involves throwing the smaller ball, then competing to see who can get their large ball nearest to the smaller one.

This set includes 8 brightly coloured balls, making it easy to spot whose is whose, as well as a small white ball and a handy carry case. Age range is three years and upwards.

I can't really tell from the photo but it looks fairly certain the balls are plastic. As a parent I really appreciate the carry case. It makes it so much easier to keep a set like this together. More convenient as well than having to keep the box. You can tell at a glance if a ball is missing, for example.