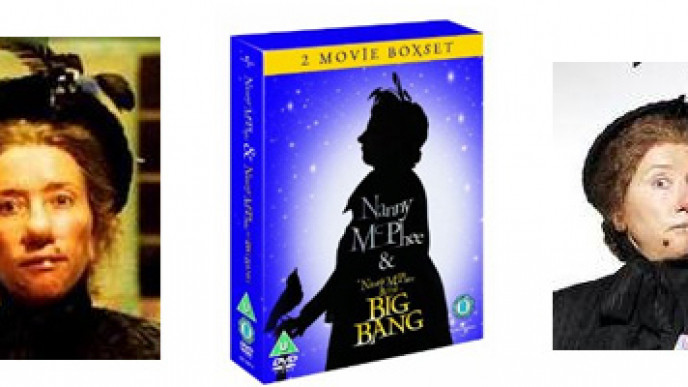 I haven't seen either of the Nanny McPhee movies - this revelation either produces audible gasps and looks of horror or blank looks which say 'who?'

I do know that Emma Thompson play Nanny McPhee, that she's a nanny (ok, so the movie titles are a bit of a giveaway) and that she has magic powers.

But that really is about the extent of my Nanny McPhee knowledge!

However, a quick consultation with my teenage daughter revealed that they are AMAZING movies and absolute must-sees for anyone with kids (she's the movie buff of the household - a candidate for presenting Film 'Whatever Decade' in the future if ever there was one).

Further investigation into various reviews and comments left around on the www prove that she's not making it up either - I haven't come across a single bad review and I'm beginning to feel like I'm missing out now!

Amazon are letting this Nanny McPhee DVD box set go for £9.99...it should be £22.99 and, from the sound of it, will be a welcome addition to any family's DVD collection!