How To Train Your Dragon DVD £5 @ Sainsbury's 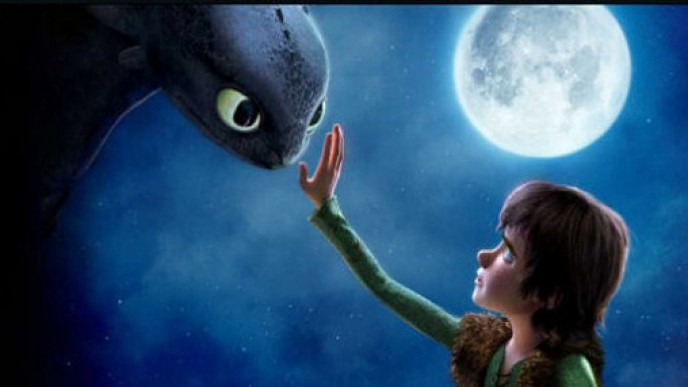 Sainsbury's currently have the best deal if you're looking to own How To Train Your Dragon on DVD - they're currently selling copies for £5 and win the gold star for the lowest price.

I watched How To Train Your Dragon at 39,000 feet somewhere above Africa - it was one of those movies I'd seen the trailers for, thought looked quite fun but wouldn't (and didn't) have made a special trip to the cinema to go and see it, had seen most of the other in-flight movies (I fly, often) so decided to go for the kids animated film.

I sat absolutely enthralled through the entire thing, loved every single second of it, am not ashamed to admit to having tears in my eyes in one or two places and found myself telling everyone and anyone, who would listen, that they had to watch How To Train Your Dragon for themselves; who'd have thought it!

I won't give away much (just in case you haven't seen it), but the story is about a little Viking boy named Hiccup whose community spends each and every evening doing battle with dragons.  Hiccup manages to catch the deadliest dragon of them all - a Night  Fury - who end up turning the Viking and dragon worlds on their heads when they need to join forces to save the day!

Sainsbury's Entertainment don't charge delivery within the UK, so £5 is the total price you'll pay for your How To Train Your Dragon DVD - you can't buy a cinema ticket for less than that!

Thanks to babyblue at HUKD