Get a good night's sleep for you and your baby with these soothing sleep aids
By Verity Burns, 10 months ago 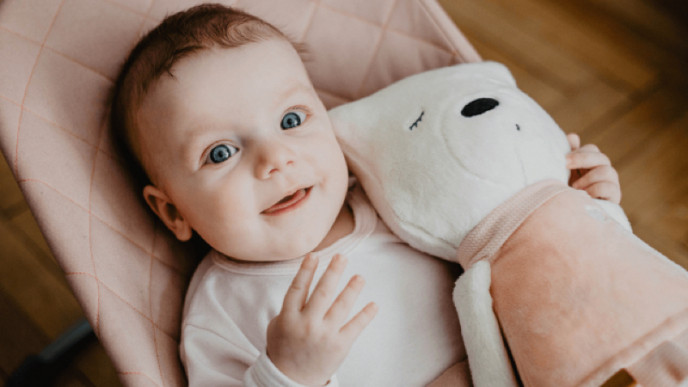 White noise machines are nothing short of a godsend when it comes to getting an unsettled baby to sleep.

Mimicking the sounds heard by baby in the womb, white noise machines emit a selection of soothing sounds aimed at making your baby feel calm and secure enough to drift off to sleep.

They’re also recommended by sleep experts, who suggest incorporating white noise as part of a bedtime/nap routine. Not only will your little one understand that it’s time to sleep when white noise is playing, it also helps to mask external household sounds that might otherwise wake them.

Depending on the model you choose, you’ll likely get a selection of popular white noise sounds, including the standard white noise “fuzz”, rainfall, waves and a heartbeat sound. They’re very subtly different but it’s worth trying them all out to see which works best for your baby.

Other features to look out for are a continuous mode, which allows the sounds to play on a continuous loop for babies that need it (many stop after 20-60 minutes) and a sleep sensor, which will restart sounds that have stopped if it hears your baby stir.

Of course, you can always hook up your phone or an old iPad and head to YouTube or Spotify for white noise tracks and playlists, plus there are all manner of apps offering the sounds too. That does mean losing use of your device during nap times and overnight though – not to mention kissing goodbye to your carefully crafted Spotify algorithms. Your recommended playlists will never be the same again.

Using a phone or tablet also leaves you at risk of playing the sounds too loud. While you will need to play louder than a baby’s cry for soothing, recommendations for generic sleeping aid levels is generally considered to be 65-70 decibels – the equivalent of a soft shower.

Most white noise machines won’t go above these suggested safe levels, which offers peace of mind.

MyHummy has a growing range of white noise toys, which include various huggable teddy bears of different sizes and designs.

At the centre of all of them is the MyHummy humming heart, which comes in three variations to suit your needs (and budget) – basic, sleep sensor and Bluetooth.

The basic version just offers 60 minutes of sound, while the sleep sensor version adds in the option for 12-hours continuous sound, along with a sleep sensor for restarting the white noise if your little one stirs.

The top-of-the-line Bluetooth version allows you to adjust volume, sound and playback from an app on your phone, though you will of course need to be within Bluetooth range. For most houses though, this won’t be a problem.

All of the MyHummy bears offer five different soothing sounds - ocean waves, heartbeat, pink noise, white noise and rainfall – which fade in and out so not to startle your baby. At maximum volume, MyHummy reaches 50dB at one metre distance, so well within the safe levels.

As is always a good option to have with babies, MyHummy is machine washable – just be sure to remove the humming heart first. You’ll need three AAA batteries to get started – as with all white noise machines, be sure to use good quality batteries to get the best battery life.

Ewan the Sheep is one of the leading white noise toys in the UK, and comes in two variants – Standard and Deluxe.

Both are available in a choice of grey or purple, and offer four different sounds – a vacuum cleaner, rainfall, a harp melody and a recording of womb sounds. All of these are also combined with a real recording of a mother’s resting heartbeat for extra soothing potential.

As well as the sounds, a light from Ewan’s chest emits a soft pink glow to mimic the womb environment, and also doubles as a handy night light. You can use his velcro tail as a hook to secure him somewhere in or near the crib that suits.

Where the two versions differ is that the Deluxe version packs the company’s smartCRY sensor, which is a good thing for those babies that need longer to settle. The Standard model only plays sounds for 20 minutes before they have to be manually restarted – the smartCRY sensor will listen for four hours at a time before switching off to conserve battery.

Next in the line-up of cute animals that double as white noise machines is Henry the Hedgehog.

Similar to Ewan, Henry has a glowing orange tummy, with three different strengths to help soothe your baby to sleep (or you can choose to have it off). There are also only three volume levels, which is a bit crude compared to the 16 different settings you have with MyHummy.

Compared with the competition, it is pretty reasonably priced though, especially as it comes with CrySensor technology as standard.

This can only be used on the white noise and lullaby sounds though – so if your baby prefers the rainfall or heartbeat sounds, you are stuck with the regular automatic switch off after 20 minutes funtionality, which seems like a bit of an oversight.

For something more portable and less cuddly, the Marpac Hushh for Baby is a small white noise machine that can go anywhere you do, with a baby-safe clip for hanging on prams and car seats.

It also has a small amber LED nightlight – it’s not bright enough to help you change a nappy in the middle of the night, but it does help you to locate it in the dark.

Buttons on the side allow you to choose your desired sound and volume, with a child lock that stops little hands from changing it. It goes a little louder than the other white noise toys, but still stays within safe limits of around 50-75dB.

Perhaps its best feature is that it is rechargeable via microUSB, so you won’t be spending a fortune in batteries to keep it going. That’s good, because there is no timer or cry sensor to help in that department – you’ll have to turn it on and off yourself as required.

This is a little different from a standard white noise machine, but the premise is the similar. The Shusher makes loud, rhythmic shushing noises (in itself a type of white noise), which helps to soothe a crying baby as well as help them drift off to sleep.

It goes a little louder than standard white noise machines – up to 95dB – which is why it’s so effective at stopping babies mid-cry. It’s also portable, and is designed to be placed within two feet of your baby’s hearing radius, so baby can hear the shushing sounds above their own cry to encourage their natural calming reflex.

Once they’ve started to drift off, you can lower the volume to suit, by simply twisting the base, which works as a volume control.

There’s a timer for 15 and 30 minutes, but no cry sensor, so it’s designed to help stop crying once it has begun rather than prevent it.

It’s less feature-packed than other machines here, but offers a tried and tested method that is often very effective in young babies, particularly those in the fourth trimester (the 12 weeks following birth).

The Lullaby Star Cube is a great option for older kids as it doubles as a night light and LED light show, projecting a colourful starry pattern onto the ceiling above while it plays a sound of your choice.

While we wouldn’t recommend it for babies at night, as it could be a touch too stimulating for them, the soft colours and sounds it offers could be the perfect for sensory play, or a great wind down before bedtime for toddlers and young children.

It offers 10 lullabies and five natural sounds, which include birds, heartbeat, crickets, waves and trickling water, with a quick touch button to access to waves with one click (it's the last option and you have to cycle through the other 14 sounds to get to it otherwise).

It goes pretty loud and there is an optional 30-minute timer to have the sounds switch off automatically when your little one has (hopefully) drifted off to sleep. It works on batteries, making it portable, or you can buy the optional mains charger for an extra £7.99

It’s reasonably priced too, so a good way of introducing a calming influence on the bedtime routine without breaking the bank. 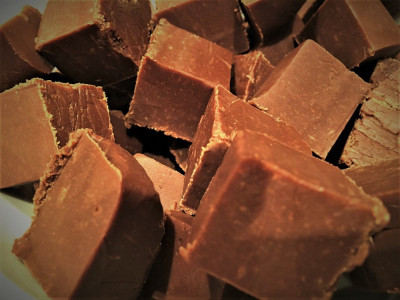 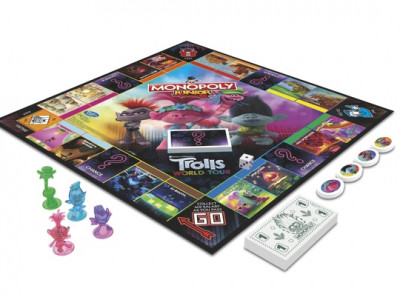 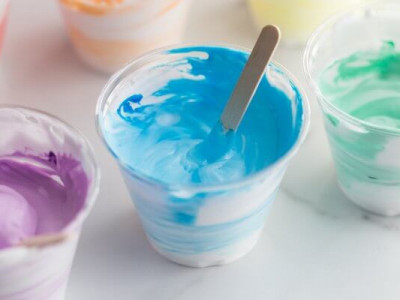 Make Your Own Puffy Paint With 3 Items! 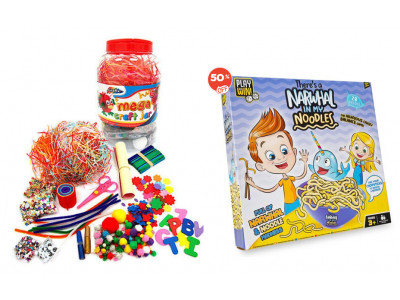 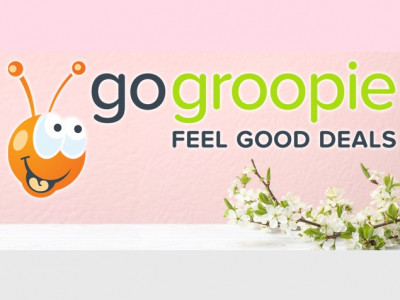 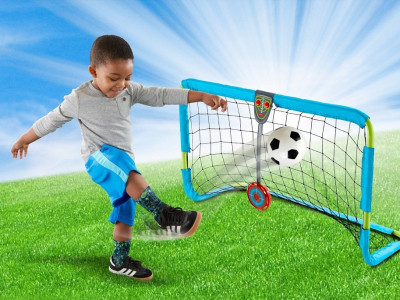 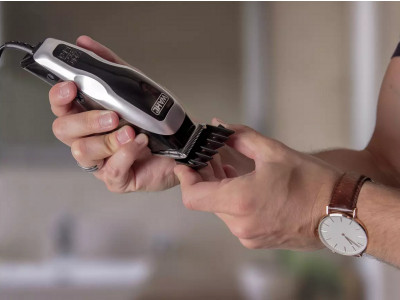 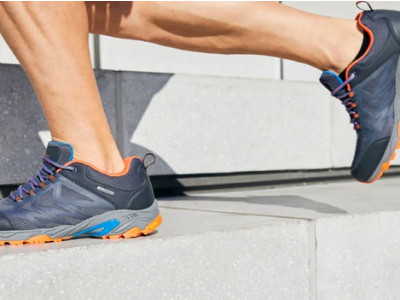